In 1919, a group of 54 Stevens Point women petitioned Moose International for chapter status and was granted chapter status on June 16, 1919, which is the beginning of the Women of the Moose Chapter 311.

Working with the men at Moose 1572, the women's chapter has dedicated themselves to the common causes of

Mooseheart ( a residential childcare facility near Chicago, Ill. for youth whose families are unable to care for them) and

Moosehaven (a 70-acre retirement community for senior members in Florida).

Chapter 311 is directly involved with students at Mooseheart through the Sunshine Child Program and works with the Loyal Order of the Moose to sponsor a senior student by paying for his/her senior portrait.

This chapter is the proud home of both Katie Ligenza and Judith Laabs, who have both, through their hard work and dedication to Moose International, have served as the Deputy Grand Regent. The chapter is also home to Loretta Nowak, Barb Griffin, Dorothy Suchowski and Sue Clussmann, all who have earned the International Co-Worker of the Year award. This award is given to co-workers in recognition for serving their community, volunteering within the Chapter and Lodge and guiding new officers and members. We are grateful for the devotion they have shown.

The Women of the Moose are involved with hosting a Bingo meal twice a month along with childrens' events throughout the year.
Interested in helping our community be a better place? Check out 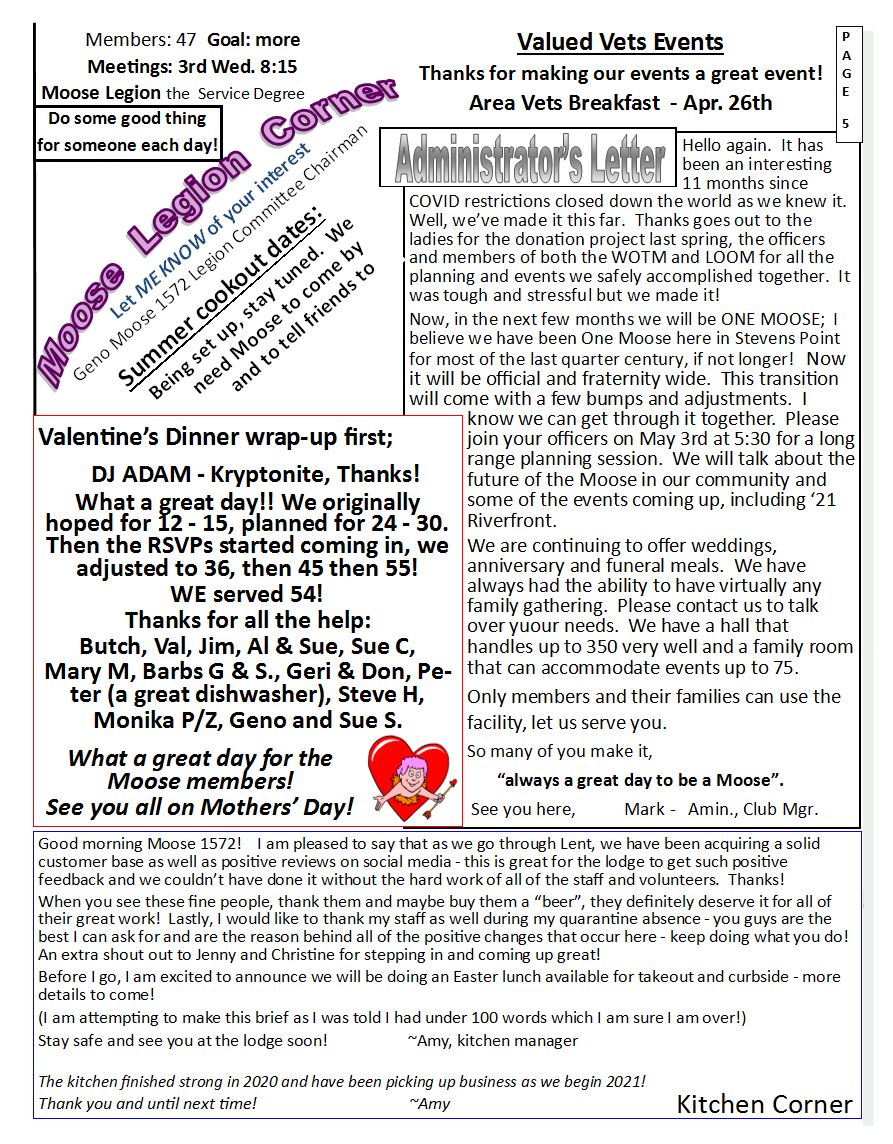 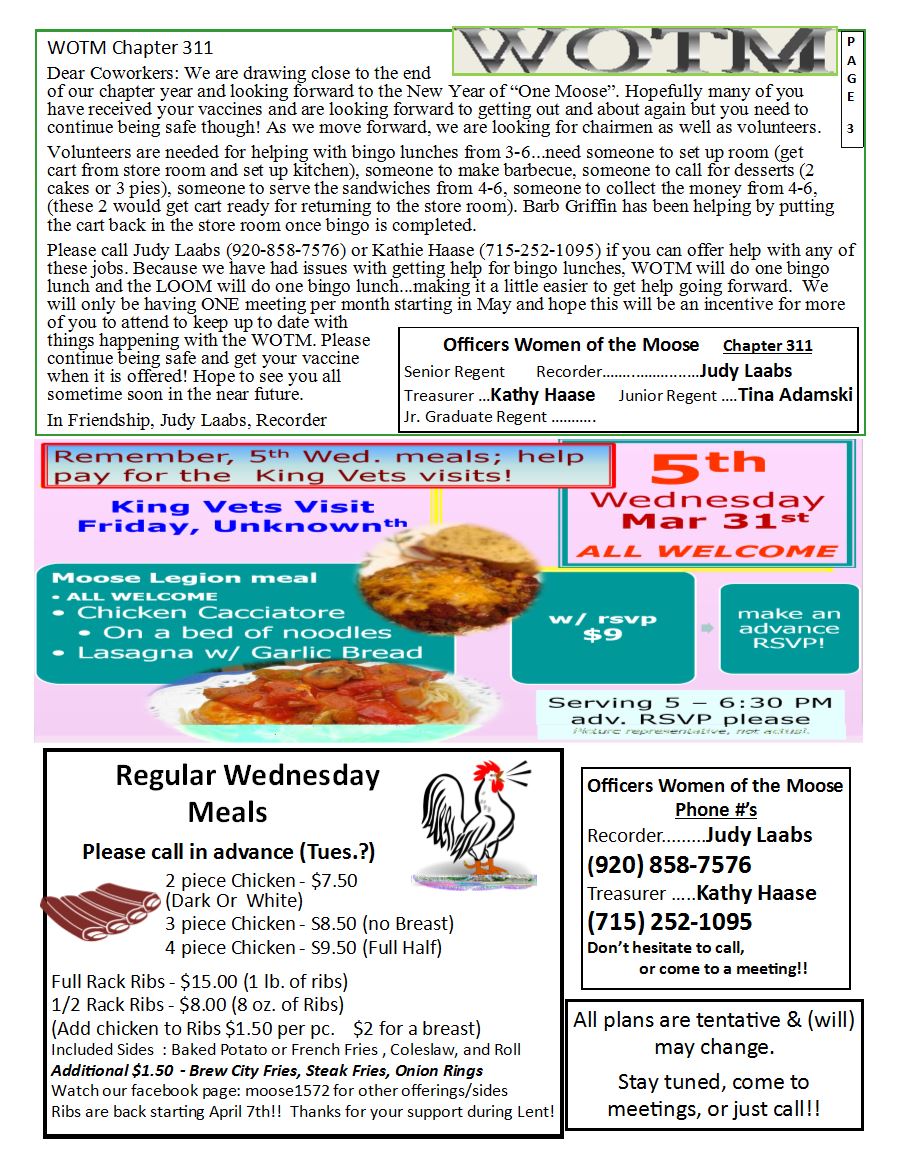 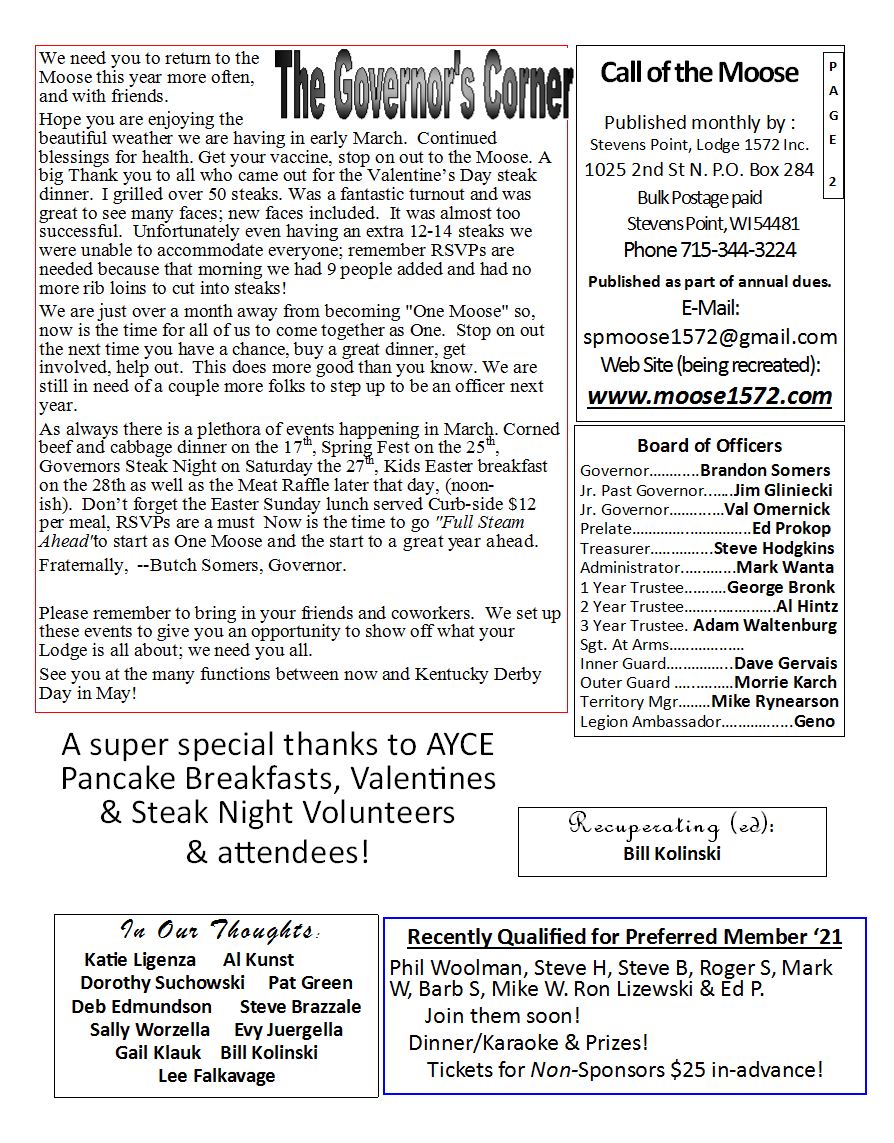 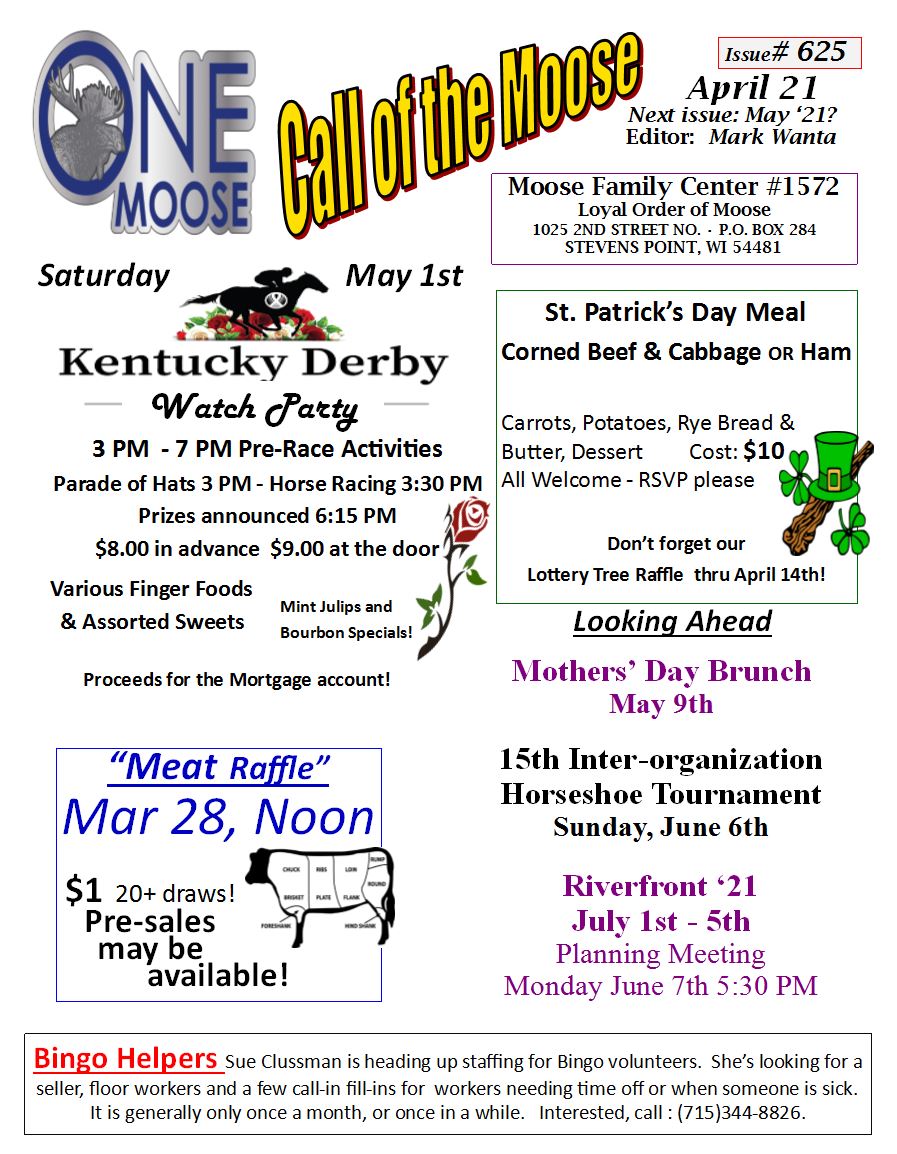